I first saw one of these when I went round to my friend’s house. I didn’t even know they existed until then. He said that since his last dog passed away 5 years ago he has never felt quite as safe at night. His old dog was very protective of him, his wife and children and they all slept better at night. When they were at work in the day, they also knew they had someone guarding the house. He was a big Doberman, and I can’t see any burglars fancying their chances against him.

So, that leads us onto a dog barking alarm which replaces tricks people into thinking there’s a dog inside your house and should hopefully be a deterrent to keep burglars out.

These are small portable devices, run off batteries and can be placed where ever is needed such as near the front door, conservatory or even in your garage or shed. Most of these come with a motion sensor alarm that detects movement and then sets off the barking. As you would expect, they are quite loud and can be heard through windows and doors, which is just the same as a real dog.

We have put together a guide that includes some of the best dog barking alarms that are available on the market today to help you protect your home. This is the alarm that never sleeps, the dog is always on guard watching your front door when you are asleep or out of the house.

Approaching burglars or suspicious people will trigger the acoustic alarm and set off a realistic sound of a barking dog, without any of the side effects of owning a real dog.

The built-in sensor is a 360-degree sensor and can detect movement through walls made of stone, wood fences and even PVC so long as they are not too thick.

It works best when it is placed near the front door and then whoever enters gets a loud bark to set them off.

It is powered by 8 x AA batteries but these are not included and the remote takes a 1.5v battery. On the remote control, there is an SOS button which instantly activates the barking sound. This is perfect for if you are in bed and think someone might be creeping around the house

Here are a few details about the Technical data regarding the motion sensor:

When looking at reviews of this item we found that people liked how real the sound was but they did say it was sometimes a bit too sensitive. Others said it really made them jump out of their skin, which I guess is a good thing! 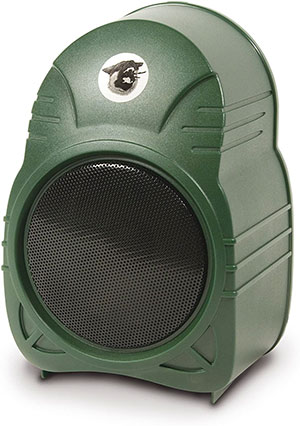 Clifford James is a well known trusted brand that has been making household products for a long time. With this alarm, you can protect your home 24 hours a day from burglars or other unwanted people. You will truly feel secure with this dog alarm.

This alarm has a unique radar technology that can detect through doors, walls and windows. As soon as it detects movement it will set off the sound of a large, aggressive dog.

It can be used with a mains adapter or with batteries which means you can decide where you want to use it. We recommend using the mains if you are going away then the battery will not run out when you are away. It takes 6 x AAA batteries, which is quite a lot

When doing our reviews we found that people love this item and said it worked great through the front door and the sounds were realistic. One person bought it for their older parent to help protect them and when they tested it they thought it was really realistic and even the postman thought they had a real dog until they told him it was just an alarm. 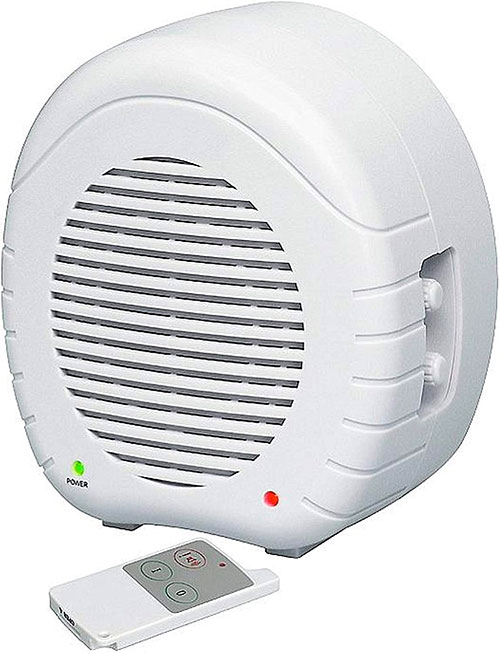 Just like the 2 above, this dog alarm can work through doors, walls (concrete) as well as plastic, and wood. The range is up to 3.5m which is really good. The volume controls are adjustable which means if you are in the house you can turn it down a bit so that it doesn’t scare you.

The alarm takes 8 x AA batteries, which is quite a lot!

When looking at reviews of this item we found that people were happy with it and said that it worked best behind the front door. The volume when on max was very scary and gave some of their relatives a scare when they came round who thought there was a real dog inside the house. 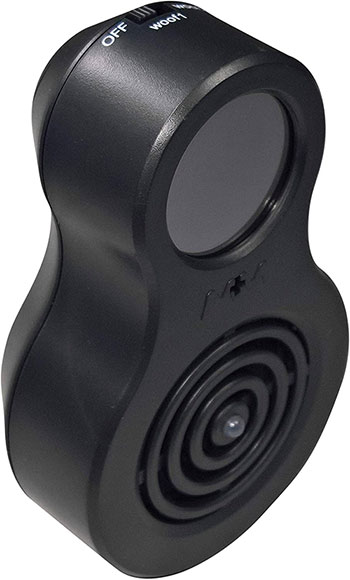 This is the most portable dog alarm on our list and is a great little device to help protect your home from burglars.

It runs on batteries and because it’s so portable it would work very well on motorhome and caravans but can still be used in the house.

It has built-in sensors that detect movement such as knocking, ringing or even tapping our shouting. Once it detects any of these it sets off the loud aggressive dog noises.

The barking on the device varies, which is great as it keeps it really realistic and helps to confuse the intruder. You can also pick from 2 different dogs barking – 1 small and 1 bigger.

It takes 3 x AAA batteries, which is a lot fewer batteries than some of the other models. It can also be charged via USB

You need to think about how many batteries the device needs. Some will rinse through batteries quite fast which can add up.

Most of the ones featured only have 1 dog that barks, but one of the alarms has 2 different dogs to choose from which we think is really cool.

Some run off the mains, which we would recommend if you are going away for a long time as this will help prevent the batteries from running out.

We hope that you will see how easy it is to protect your home with one of these dog barking alarms. It will help keep strangers, burglars and other weirdos away from your beloved home. People do find them a good idea if you don’t want to own the dog, but want that little bit extra security.

They are easy to use and only need batteries and you won’t have to walk them or pick up their poo!